NEXUS, the local transport authority owner and operator of the Tyne and Wear Metro in northeast England, has selected Stadler to supply and maintain 42 new five-car articulated light metro trains worth £300m and build a new £70m depot. 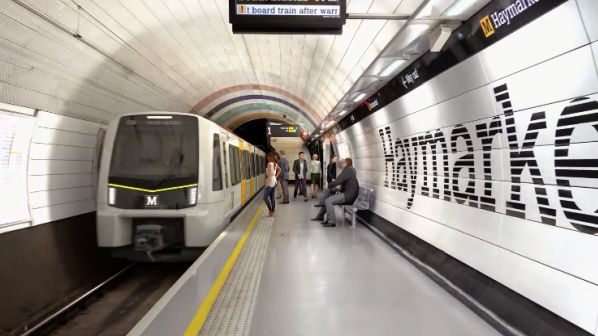 Britain’s Department for Transport (DfT) will provide £337m to Nexus towards the cost of funding the new fleet as well as the construction of a satellite depot at Howdon and associated projects across the 77.5km network centred on Newcastle. The trains will be manufactured at Stadler's plant in Saint Margrethen, Switzerland. Deliveries will take place up to 2024.

Stadler was selected following an 18-month global search and beat CAF to and Hitachi to the contract. The contract will officially be signed following a 10-day objection period.

Stadler will work with 30 new British suppliers, half of which are located in northeast England. Stadler will also build a new £70m maintenance facility at the metro’s current depot at South Gosforth, Newcastle, where the company will maintain the trains for up to 35 years, potentially taking the total value of the contract to £700m.

The contract also includes an option for four additional trains if Nexus secures government funding to proceed with its Flow Project to convert adjacent freight lines to light metro operation to boost capacity. The project is estimated to add 30,000 extra passengers per day.

The new train’s traction system will cut energy consumption by 30% compared with the existing  1500V dc class 394 fleet, which have operated since the network opened in 1980. The operator also hopes the new fleet will increase reliability by “15 times” and plans to operate the trains at 10-minute intervals.

Inside, the trains will feature open gangways, air-conditioning and heated floors for use in winter while passengers will benefit from Wi-Fi, charging points throughout the train, information displays and digital CCTV, four wheelchair spaces per train, and a retractable step at each door, with 16 featured on each train. This will ease the boarding process for Metro’s 50,000 annual wheelchair passengers as well for children’s pushchairs, luggage and bicycles.

The contract with Nexus is Stadler’s third in Britain for transit vehicles following success with Merseytravel in Liverpool and Glasgow Subway.

“We have a bold vision for transport in North East England, and a world-class Metro system is the key to unlocking this transformation,” says Councillor Martin Gannon, leader of Gateshead Council and chair of the Joint Transport Committee for North East England. “We have secured government investment in our region for new Metro trains which will meet the needs of our people for decades to come, secure hundreds of jobs and help us tackle the climate emergency.

“These new trains will be rooted in our region - they are designed based what more than 3,000 passengers told us what they wanted from their daily journey.”

For the latest fleet information from around the world, subscribe to IRJ Pro.