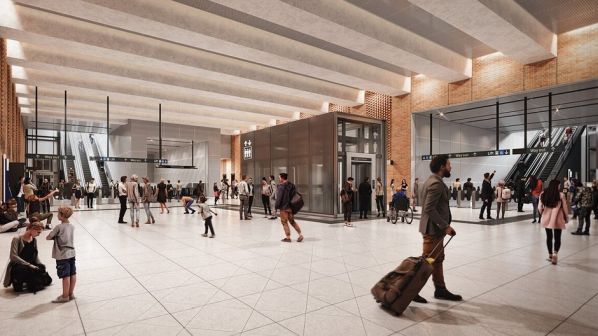 THE cost of Sydney’s Metro City and Southwest line, the city’s signature rail infrastructure project, is set to exceed its budget by about $A 5.1bn ($US 3.5bn) over the coming four years, New South Wales (NSW) state budget papers reveal. The line is scheduled to be completed in 2024, 10 years after construction first began.

The Metro project, which will run from Chatswood under Sydney Harbour to new stations in the city centre and southwest to Bankstown, was originally estimated to cost between $A 11.5bn and $A 12.5bn, but the NSW government has already spent nearly $A 13bn on the project.

A Sydney Metro spokesperson said the additional costs reflected market conditions outside the government’s control, including the impact of the Covid-19 pandemic.

“The revised cost of the project includes $A 1.7bn that can be attributed to Covid, which caused significant disruption to critical workforce, construction production, supply chain and programme," the spokesperson said.

News of the cost overrun comes days after the Victoria state auditor-general revealed that Melbourne’s Metro Tunnel project was running $A 364m over budget with warnings that the project could incur further cost increases.

The cost of the first stage of Parramatta's light rail project has also seen a significant rise, with a cost overrun of $A 475m. Funding worth $A 602.4m has been locked in for stage two of Parramatta light rail, which will allow detailed planning to be undertaken as well as construction of a new bridge over the Parramatta River at Melrose Park.

Other Sydney projects have stalled as the NSW government has shifted its priorities in its current budget, with just $A 1m committed in the 2022-23 financial year to plan the Beaches Link, a proposed tunnel linking the Northern Beaches to the Warringah Freeway in North Sydney. That decision followed an Infrastructure NSW report that recommended shelving major projects in favour of smaller schemes because of labour shortages and the ongoing impact of Covid-19.