THE SECOND phase of Tehran Metro Line 3 was inaugurated on April 22, when the city's Mayor Mr Mohammad Qalibaf officially opened the 12km extension from Vali-e Asr to Azadegan. 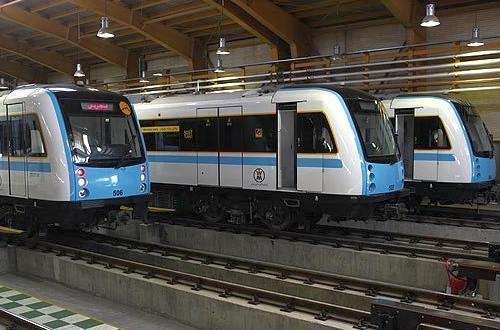 The Rials 20 trillion ($US 804m) extension serves the city's southwestern suburbs and will have 10 stations, although only five are currently operational.

The initial 7km section of Line 3 between Shahid Beheshti and Vali-e Asr opened in December 2012, and construction is underway on the third phase, which will extend the line 18km northeast to Hossein Abad.

The completion of the second phase of Line 3 takes the total length of the Tehran metro network to 152km with 85 stations.