CDPQ Infra, Canada, published two requests for qualification on June 28 for its $C 5.5bn ($US 4.26bn) Metropolitan Electric Network (REM) project in Montreal to qualify candidates to bid for two contracts to build and equip the automated rail network. 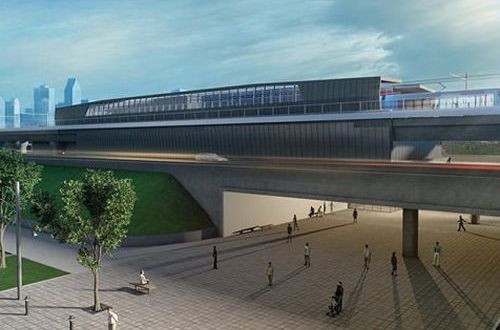 The two contracts comprise the $C 4bn engineering, procurement and construction contract and a $C 1.5bn contract covering the rolling stock, systems, operation and maintenance. CDPQ Infra will qualify up to three respondents to bid for each contract. The deadline for submissions is August 26.

CDPQ Infra, which is a subsidiary of institutional fund manager Caisse de Depot et Placement du Quebec, will be responsible for financing the project and will be the owner of the 67km network serving 24 stations. The Quebec provincial government is considering whether to contribute to the completion of the project and the involvement of the Canadian government is also being sought.

The existing Montreal - Deux-Montagnes commuter line will become part of the new network and will be upgraded and extended to Brossard, Trudeau Airport and Sainte-Anne-de-Bellevue. New tunnels totalling 5.4km and 16km of elevated railway are required. The project also involves the provision of nine bus terminals and 13 park-and-ride facilities.

The network will be fully automatic with driverless operation and electrified at 1.5kV dc overhead. Station platforms will be 80m long and equipped with platform screen doors. WiFi will be provided throughout the network.

A fleet of 200 cars will be required operating as two-car trains off-peak and four-car sets during peak periods. Trains will operate at 3-minute headways on the core section of the network. The 3m-wide trains will have a maximum speed of 100km/h and a design speed of 110km/h. They must be able to operate in temperatures ranging from -40oC to 50oC.

The network will be equipped with communication-based train control (CBTC) to enable trains to operate in driverless mode at automation grade GOA4, with SIL4 train movement safety.