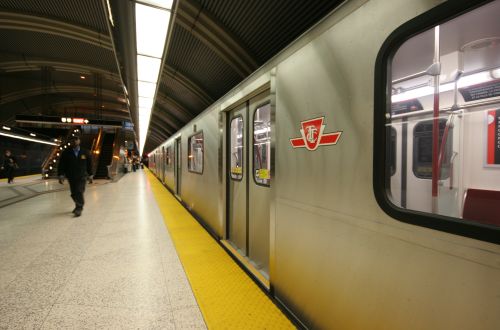 A request for proposals (RFP) has been issued for a Program Controls Services Consultant (PCSC) for the metro expansion programme, which will provide overall project control services and oversee the schedule, risk management and cost estimation for the programme. The PCSC contract is expected to be awarded in Spring 2020.

IO and Metrolinx last month selected a consortium led by HDR as technical advisors for the 16km underground OL metro project. The line will run from Ontario Place/Exhibition Place through central Toronto to the Ontario Science Centre, with 15 stations proposed. The line is expected to carry 400,000 passengers a day, reducing congestion on Line 1.

The YNSE will extend Line 1 from Finch to Richmond Hill.

The consortium, which includes Mott MacDonald, Stantec, Systra and Comtech, will provide a range of planning, engineering, environmental, design and construction oversight services for the project. Initial planning and design work has already begun.

Two RFPs have also been issued, a first for a technical advisor for the ECWE and a second for a technical advisor for the SSE and the YNSE projects, with these contracts expected to be awarded in Spring 2020. Contracts have also been awarded to McCarthy Tetrault, Fasken Martineau DuMoulin, and Blakes, Cassels & Graydon to provide legal services for the projects.

Metrolinx released updated business cases for the SSE and ECWE projects at the end of February, which show the lines will cut travel times and expand passenger capacity, as well as relieve road congestion and provide improved connections to other major transit systems throughout the network.

The ECWE is a planned 9.2km extension of the under construction Eglinton Crosstown LRT, from Mount Dennis LRT station to Renforth Drive in Mississauga. A planned future connection under investigation would extend the line another 4.7km to Pearson International Airport.

IO says the majority of the tenders for the projects will be issued via www.merx.com. Companies interesting in bidding on work packages must register with Merx to obtain a copy of the work scope and procurement rules.