PPP contract to include fleet overhaul and maintenance. 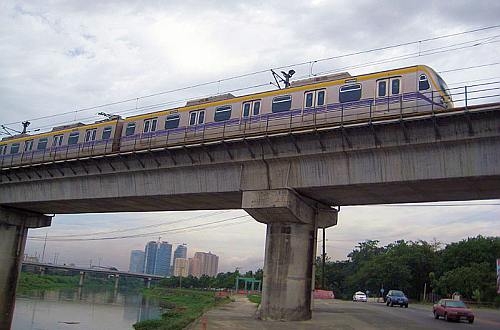 THE government of the Philippines is to call tenders to design and build a 3km extension of the LRT-2 elevated metro line in Manila, looking to award a public-private partnership contract including maintenance and overhaul of the LRT-2 train fleet.

Extending LRT-2 westwards from Recto to Tondo has an estimated cost of Pesos 10.1bn ($US 181m), including the construction of three new stations at Tutuban, Divisoria and Pier 4.

“We don’t have the budget yet for the extension,” says Mr Cesar Chavez, undersecretary for railways at the Philippines Department of Transportation (DoTr). “We want the project to be done through a PPP.

“Whoever takes on the project will rehabilitate the train cars. They will also do the maintenance of the units. They will also construct the west extension. It will be a three in one package. We will offer it to whoever wants it in the private sector.”

The Light Rail Transit Authority hopes to award a design and build contract for the extension before the end of this year.

Extending LRT-2 to the west is expected to increase traffic by up to 300,000 passengers a day. The route recorded a peak daily ridership of 239,000 passengers when it was extended eastwards to Marikina and Antipolo.

LRT-2 ridership is forecast to almost triple from 11.8 million passengers in 2021 to 34.2 million this year, after the government instructed all schools to resume five days of in-person classroom tuition per week by November 2.