TESTING of the first metro line in the Indian city of Lucknow was officially launched on December 1, when Uttar Pradesh chief minister Mr Akhilesh Yadav flagged off a trial run on the initial 8.4km section of the north-south line between Transport Nagar and Charbagh, which is due to open on March 26. 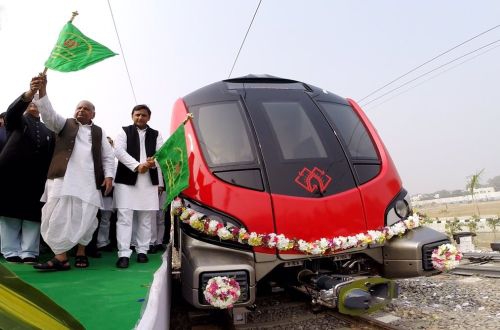 When it is fully operational, the 22.9km line from Munshi Pulia to Chaudhary Charan Singh International Airport will have 22 stations, 19 of which will be elevated with three underground stations on the central section.

Lucknow Metro Rail Corporation awarded Alstom a Rs 10.7bn ($US 160m) contract in September 2015 to supply 20 four-car Metropolis trains as well as its Urbalis CBTC technology, which will enable operation at 100-second headways.