TEST operation was launched on the latest phase of the Sofia metro network at the end of February, when Bulgaria's transport minister Mr Ivailo Moskowsky, mayor of Sofia Mrs Jordanka Fandakova and the chairman of the city metropolitan council Mr Stoyan Bratoev inspected two extensions to Line 1 . 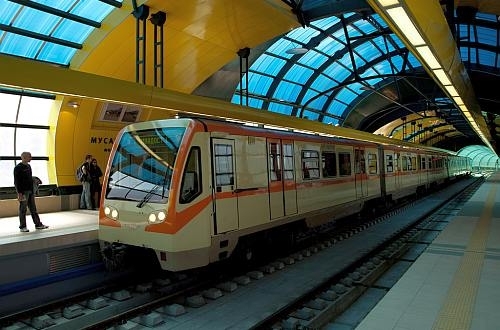 The 7.2km extension from Tsarigradsko Shose to Sofia Airport Terminal 2 has four stations, two of them underground, and is due to open at the beginning of April, while public services will begin in May on the 3km three-station branch from Mladost 1 to Sofia Business Park.

The opening of these two extensions will take the total length of the network to 40km with 35 stations.

On Line 2, work is well underway on a one-station southern extension from James Bourchier to Srebarna, which is due to open in June 2016, and construction must also begin this year on the 7km central section of Line 3 from Botevgradsko Shosse to Ovcha Kuptel in order for the project to qualify for co-financing from the European Union. A tender is due to be launched soon for new trains for Line 3.