TRANSPORT for London (TfL) and Twitter have initiated a pilot to offer automatic alerts to passengers in the event of severe delays on London Underground and TfL rail services. 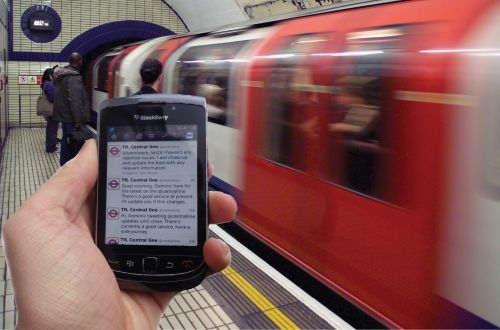 The pilot allows anyone who follows any combination of four existing TfL Twitter feeds – London Overground, TfL Rail, Central Line and District Line – to opt in to receive instant notifications about severe disruption.

The service is designed to help passengers avoid problems on the network by providing immediate notifications rather than leaving them to seek out information from Twitter feeds or visiting the relevant account. Passengers can select the time period when they would like to receive alerts to avoid notifications at times when they are not using the TfL services.

The partnership with TfL is Twitter's first with a transport provider to offer live travel information and TfL will assess feedback from the pilot over the next few months. Depending on customer views, the service could be extended to other TfL Twitter feeds in the future.

The Twitter pilot is part of TfL's work to make information freely available through its Unified Application Programme Interface (API) and assist developers with creating travel-related apps. Already almost 500 apps relating to London transport are powered by this open data.