Under the penultimate phase of the project, direct services will run from Reading to Abbey Wood and from Shenfield to Paddington. 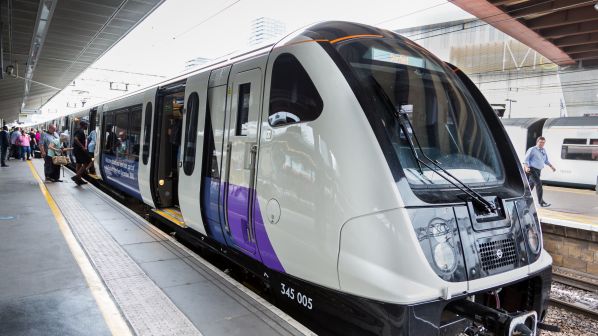 TRANSPORT for London (TfL) has confirmed that the penultimate stage of the Elizabeth Line will be completed on November 6, with trains due to begin running directly from Reading and Heathrow Airport to Abbey Wood, and from Shenfield to Paddington.

Following the opening of the central section between Paddington and Abbey Wood on May 24, passengers from Shenfield are still required to change at Liverpool Street, while services from Reading and Heathrow currently terminate at Paddington where passengers change to trains running through central London.

The new timetable will reduce the number of lines on the network from three to two, while the frequency of services in the central section between Paddington and Whitechapel will increase from 12 trains per hour to up to 22 trains per hour at peak times and 16 trains per hour off-peak.

The new Elizabeth Line station at Bond Street in central London is also due to open by November.

In preparation for the new timetable, services on the central section from Paddington to Abbey Wood will be extended to operate from around 05:30 to around 23:00 from September 5.

The final phase of implementation, under which 24 trains will operate during the peak between Paddington and Whitechapel along with direct services from Shenfield to Reading and Heathrow, is on course to be implemented by May 2023, according to TfL.

TfL says integrating the network into two lines instead of three brings a range of extra benefits, including reduced journey times, additional capacity, greater accessibility, and better connectivity. Passengers landing at Heathrow Airport will be able to travel straight through central London to areas such as Farringdon and Canary Wharf in as little as 36 and 45 minutes respectively at the weekend and 40 and 51 minutes respectively during the week.

“When we delivered on our promise to open the central section of the Elizabeth Line in the first half of this year, I further promised that Bond Street station would open this autumn and that the next phase of the line opening would also be achieved within that timeframe,” says London’s transport commissioner, Mr Andy Byford. “I am excited to see the Elizabeth Line unlock quicker and better journey options, greater accessibility, and further connectivity to jobs and leisure for even more people. This will be another giant leap for London’s public transport system, which supports economic growth in the capital and right across the country.”

More than 11 million passengers have used the central section between Paddington and Abbey Wood since it opened in May, which is equivalent to more than 200,000 journeys a day.

When new lifts open at Ilford station on the route to Shenfield this summer, all 41 stations on the Elizabeth Line will have lifts providing step-free access to the platforms.

TfL says a small number of services will not run directly through the Elizabeth Line tunnels under central London and some customers may need to change at Paddington or Liverpool Street. To regulate services some trains may be held outside Paddington station for a few minutes before being routed into the tunnels, which is factored into timetables.