TIANJIN Binhai International Airport joined the Tianjin metro network on August 28 with the start of commercial services on the 4km eastern extension of Line 2 from Konggangjingjiqu to the airport's newly-completed Terminal 2. 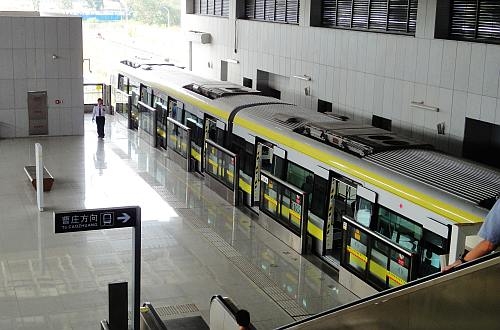 Services on Line 2 are operated by a fleet of six-car type B trains supplied by CNR Dalian.

China Southern Airlines became the first airline to switch from Terminal 1 to Terminal 2 on August 28, and the 248,000m2 terminal is designed to accommodate up to 50 million passengers per year. The new terminal will temporarily handle all passenger traffic at the airport to allow the refurbishment of Terminal 1.