THE first of a new fleet of 160 new metro cars for St Petersburg has been presented to the city's governor Mr Georgy Poltavchenko by Transmashholding (TMH) at the SmartTransport exhibition, which is being held in the city this week. 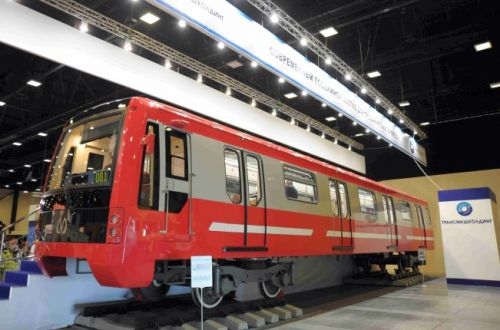 The order is being funded through the city of St Petersburg's 2015-2020 transport strategy, which was approved in June 2014, as well as the metro's own investment programme.

St Petersburg metro is due to receive three trains this year, with the final sets scheduled for delivery in 2020.