JAPANESE metro operator Tokyo Metro has announced that it will assist Hanoi in the management and operation of its new metro network currently under construction through a new subsidiary, Vietnam Tokyo Metro (VTM). 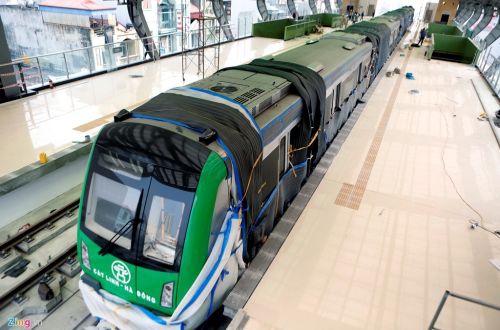 VTM will provide consultation on technical operation and human resources.

Tokyo Metro has also partnered with Japan International Cooperation Agency (Jica) in the project to strengthen regulatory capacity in Hanoi City, and establish an agency to manage, operate and maintain metro lines in the city.

Test running is underway on the 13.1km elevated Line 2 linking Cat Linh in the city centre with Ha Dong. The line is due to open in September.

An Alstom-led consortium won the contract to supply electrical and mechanical systems to Hanoi Line 3 in January. The 12.5km line will run from Hanoi station in Cat Linh to Nhon and is due to open in 2021.

For data on metro projects around the world, subscribe to IRJ Pro.