TRIAL operation began on February 2 on the new express metro link between Taipei and Taoyuan International Airport, Taiwan’s busiest, ahead of the start of a limited service on February 16 and full operation on March 2. 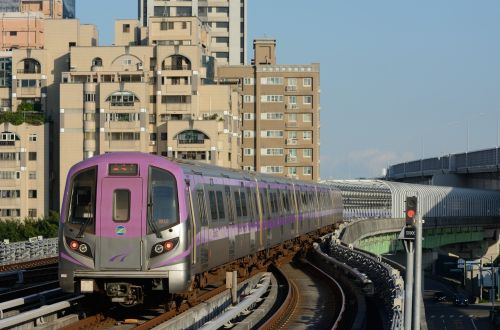 Construction of the project was divided into two phases and was merged with construction of the metro Blue Line. The first 51.07km phase has 21 stations, including six underground and 15 elevated, running from Taipei Main Station to Huanbei via the airport which is approximately 35km from the main station. The second 2km phase to Zhongli station features two underground stations but remains under construction due to the challenges posed by limited space in the Zhongli-Pingzhen central business district.

Both Express and commuter stopping services will be available with Express set to offer a journey time of 35 minutes with intermediate stops at New Taipei Industrial Park and Chang Gung Memorial Hospital.

Services run at 10-minute intervals and operate at a maximum speed of 100km/h. This compares with the existing express bus service which has five departures every hour and takes 55 minutes to reach the airport. Passengers also have the option to check in their luggage at Taipei station and THSR Taoyuan station. The commuter service offers a complete journey time of 1h 10min.

Express services will utilise 11 five-car 200 series EMUs, while commuter services will use 20 four-car EMUs all of which were manufactured by Kawasaki and purchased by Taoyuan Airport MRT in 2011. The Express trains are presented in a purple livery, while the commuter trains have a blue colour theme.