NINGBO became the 20th Chinese city to operate a metro network on May 30, when trial operation began on the initial 20.9km phase of Line 1 from Gaoqiao West to Donghuan South Road. 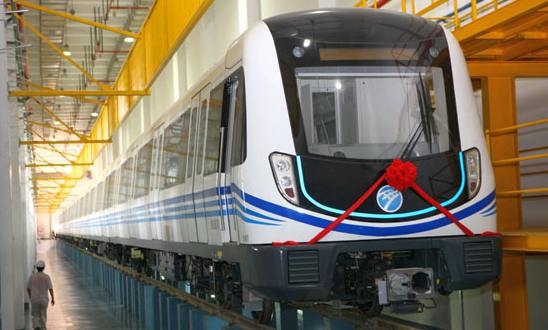 Construction began in 2009 on the 20-station line, and the 23.3km second phase, which will extend the line to Xiapu in Beilun district, is scheduled to open next year.

CSR Zhuzhou, China, has supplied a fleet of 22 type B metro trains for the first phase of Line 1, and an additional 18 trains will be delivered in time for the opening of phase 2.

Construction is also nearing completion on the 28.5km section of Line 2 between Zhenhai and Ningbo International Airport. The 21-station line is due to be commissioned at the end of next year.

Ningbo's urban rapid transit plan envisages the completion of a five-line network totalling 221km by 2020 and in the longer-term two further lines are proposed.