CONSTRUCTION of the first phase of Hyderabad's metro network reached a milestone on May 8 with the first trial run on the 4.4km northern section of Line 1 between the depot at Miyapur and Kukatpally. 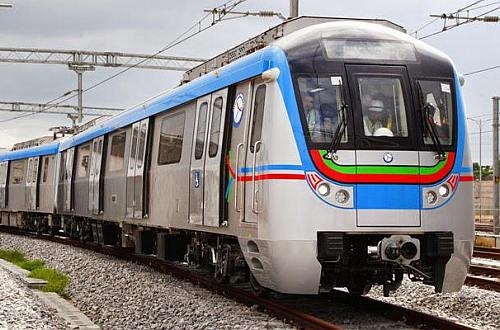 According to local press reports, the remainder of the initial 10km phase of Line 1 as far as SR Nagar is almost ready for testing.

So far Hyundai Rotem has delivered 14 trains for the first phase of Line 1, which is due to open later this year. Testing is also underway on the 8km eastern section of Line 3 between Nagole and Mettuguda.

The entire 72km 66-station first phase is due to be completed by December 2017.

A full description of the Hyderabad metro project can be viewed here.