TWO years and eight months after tunnelling began, TBM Victoria broke through the final section of bored tunnel on Amsterdam's North-South metro line in the early hours of November 30. 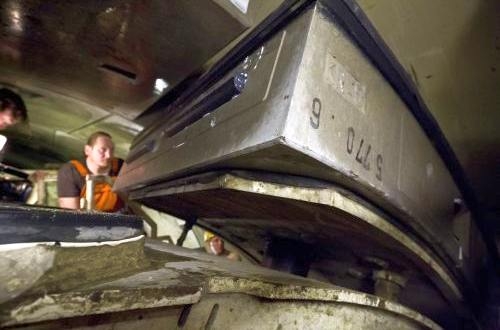 The final segment of tunnel wall is slid into place on November 30.

Excavation started in March 2010 and four TBMs have been used to build 6.2km of tunnel beneath the city centre. The boring process has not been easy, with the TBMs tunnelling through extremely difficult ground conditions and there have been several incidents of subsidence affecting historic buildings.