Official launch after delays due to land ownership disputes. 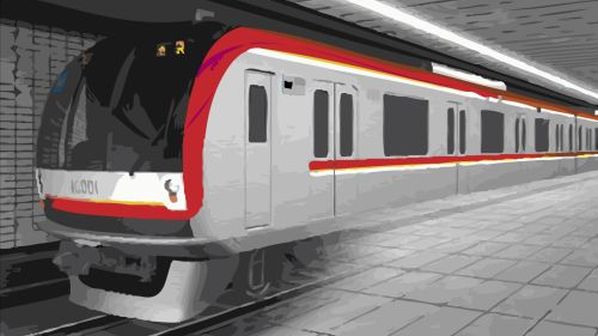 An impression of how a Metro Manila Subway train may look when the new line is completed and operational.
Photo Credit: IRJ

AFTER a number of delays due to land ownership and rights of way issues, construction work has officially started on the Metro Manila Subway project in the Philippines.

The $US 8.8bn project, which is being part-funded with a $US 2.7bn loan from the Japan International Cooperation Agency (Jica), has the aim of easing road congestion as well as pressure on other lines of the Manila public transport system.

The initial start of construction was in October 2022 following a groundbreaking ceremony led by Philippines president, Mr Ferdinand Marcos, in Pasig City. At the same time the awarding of contracts for stages of the project was announced. However, the project has since been delayed by right-of-way disputes where property owners refused to release the land required for the project to the government.

According to the Philstar Global news website, this issue is due to Republic Act No 8974 which states that “private property shall not be taken for public use without just compensation.” Such land disputes are “a perennial problem with infrastructure projects in the Philippines,” according to Philstar Global, which cites delays to Philippine National Railways (PNR) projects in Laguna.

However, at an event held to mark work resuming on January 9, Philippines transport secretary, Mr Jaime Bautista, said the project had now passed the “point of no return.”

The 33.1km Metro Manila Subway will run underground from Valenzuela City to Bicutan and Ninoy Aquino International Airport, serving across eight city districts and 17 stations. The line will have a fleet of eight-car trains with capacity to carry more than 2,000 passengers each. Once fully operational in 2028, it is estimated that the line will carry 500,000 passengers a day.

Marcos launched one of two tunnel boring machine (TBMs) brought from Japan that will be deployed on construction of the Metro Manila Subway.

“These tunnel boring machines highlight Japan's expertise and technology,” Marcos said. “I am confident that they will help us shape our railway infrastructure and keep it at par with the highest international standards.”

Two more TBMs are expected to be delivered for the project this year. Pre-construction work is underway at Quirino Highway and Tandang Sora stations and around 1.2 million m3 of soil will be excavated with the TBMs during the construction stage of the project.