TURKEY's prime minister, Mr Recep Tayyip Erdogan, opened Line M2 of the Ankara metro on March 13. This follows hot on the heels of the opening of Line M3 by the premier on February 12. 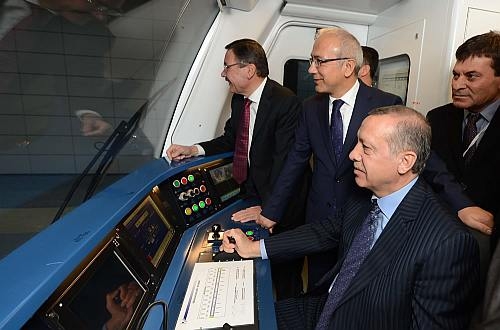 Line M2 is 16.5km long with 12 stations and runs from Kizilay, where it interchanges with lines M1 and M3, to Çayyolu in the southwest of the Turkish capital. An end-to-end journey time of 25 minutes with trains running at a maximum speed of 80km/h is envisaged.

Ansaldo STS was responsible for installing CBTC on lines M3 and M4, and has also updated the signalling on the original Line M1 to the same standards to enable interoperability between the lines. However, full functionality of the CBTC will not be available until the entire project is completed next year.