Winner to be announced on July 15. 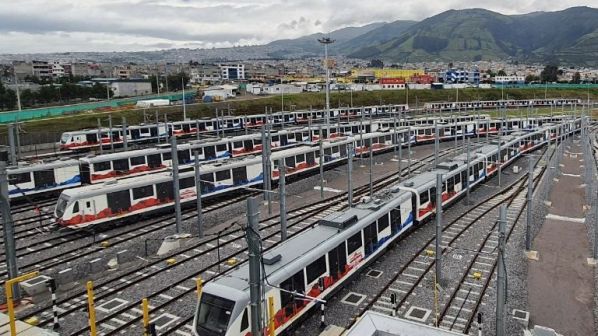 QUITO Metro Metropolitan Public Company (EPMMQ) has announced that it has received two bids to operate the 22.5km metro in the capital of Ecuador, which is due to open in December 2022.

Bids will now be assessed against legal, technical and financial criteria, with the winning bidder to be selected by July 15.

The six-year operating contract is expected to be signed at the end of August, in order for trial operations to begin in October.

EPMMQ says it has received one bid from a consortium of Transdev and Metro Medellín of Colombia, and a second from São Paulo Metro of Brazil.

The bids were submitted in a public ceremony in the presence of the mayor of Quito, Mr Santiago Guarderas, and EPMMQ general manager, Mr Efraín Bastidas.

“It is good news to recognise the confidence that renowned international companies have shown in this city, this administration and in the Quito Metro,” says Guarderas.

“This public act maintains the transparency that we have maintained in each phase, ensuring that the process to select the operator of the Quito Metro complies with all the regulations,” says Bastidas.

EPMMQ says that it began the preparatory phase of its operator selection process on March 23 2022, and previously reported that 11 companies from eight countries had expressed interest in the contract.

The Quito Metro will run from Quitumbe to El Labrador and serve 15 stations, with an end-to-end journey time of 34 minutes.

CAF has supplied a fleet of 18 six-car trains for the new route.