THE Chinese city of Nanning opened two new metro lines with a combined length of 27km on November 23, expanding the city’s metro network to 108km. 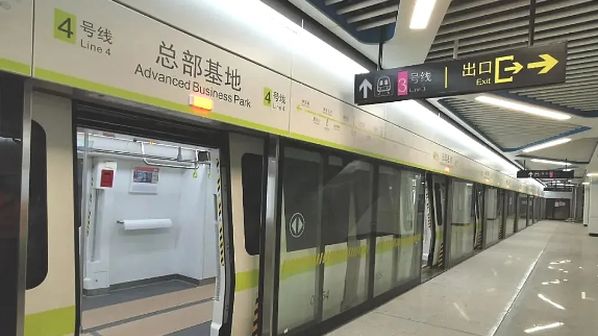 The 20.7km Line 4 runs between Longyang and Hongyun Road on an east-west axis, and includes 16 stations, including interchanges with Line 2 at Dashatian and Line 3 at Advanced Business Park (ABP). Another interchange with the future Line 5 is also planned at Nahong Overpass.

Construction of Line 4 began in June 2016. The line will be operated by a fleet of 25 six-car Type B trains with a maximum capacity of 1470 passengers, including 232 seated.

The 6.3km southeastern extension to Line 2 has five new stations, and runs from Yudong, via Dongfeng Road, Yuling Road, Nafu Road, Pingliang Overpass, to Tanze. The new extension, which began construction in May 2018, increases the length of Line 2 to 27.3km. The line’s original 21km section, between Xijin and Yudong, opened in December 2017.

The first metro line in Nanning opened in June 2016, and now accounts for 46% of all public transport traffic in the city.