A study of fully-automated driverless metros conducted by the International Association of Public Transport (UITP) says that the length of such lines is expected to increase from 789km today to 2200km by 2025. 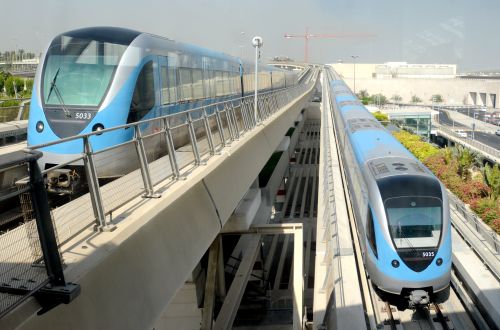 “In the 40 years since the first automated lines, the growth rate has doubled each decade and is set to quadruple in the coming decade,” the UITP says. The study only covers metro lines operating at the GoA4 grade of automation which means unattended operation.

The UITP says there are currently 53 fully automated metro lines operating in 36 cities around the world, with 42% in Asia, 34% in Europe and 13% in North America. Half of the world’s fully-automated (GoA4) metro lines are in France, the United Arab Emirates, Korea and Singapore, with the three largest systems in Singapore which has 82km, Dubai with 80km, and Vancouver with 68km.

Although full automation was initially deployed on low-capacity lines, growth in the last decade has been mostly on medium and high-capacity systems so that almost 80% of the world’s automated metro infrastructure is now on such lines.

Today, 85% of stations on automated metro lines are equipped with platform screen doors, whereas only 14% of the stations opened since 2006 are protected by intrusion detection systems.

The UITP says conversion of metro lines from conventional to fully-automated operation is complex and requires careful timing to ensure the technical and financial viability of the project. “The signalling upgrade must be complemented with a significant modification or the renewal of the rolling stock fleet and the retrofitting of platform-track protection systems at stations,” the report says. “When timed appropriately with the end of the life cycle of the existing assets, the investment can be recovered within a decade.”

“Full automation offers a step change opportunity for metro systems and for more sustainable urban mobility,” says Mr Ramón Malla, chairman of the UITP Observatory of Automated Metros and director of automated metro at TMB Barcelona. “The current exponential growth trend confirms that authorities and operators around the world are increasingly ready to take the leap towards this new reference point in metro service and operations.”