The Reais 980m bid was more than three-times the minimum price for the concession. 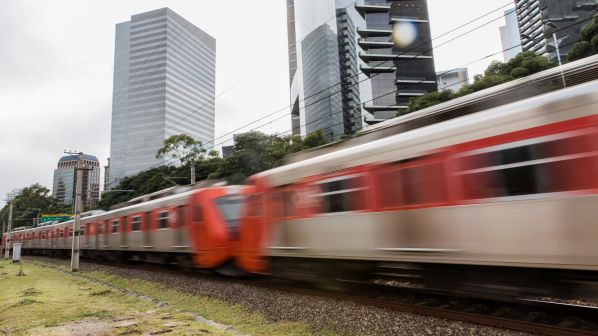 The consortium placed a Reais 980m ($US 175.9m) bid for the concession during an auction on the Brazilian Stock Exchange on April 20, which was 202% higher than the minimum bid of Reais 323.9m.

The consortium is expected to invest Reais 3.2bn over the 30-year contract, including Reais 2.6bn in the first six years. The winning bid was higher than that submitted by the Mobitrens consortium, led by Comporte (Reais 787.7m); Integration, led by Ibérica Holding (Reais 519.5m); and Itapemirim Encalso (Reais 400m).

The new concessionaire will be responsible for the operation, maintenance, and modernisation of existing facilities, including the renovation of 30 stations, the expansion of six others (Pinheiros, Antônio João, General Miguel Costa, Osasco, Jardim Silveira and Imperatriz Leopoldina).

The contract includes the acquisition of 34 new trains for both lines, which must enter service within two years. The new trains will replace fleets currently operating on lines 8 and 9, which will in turn be used on lines 10, 11 and 12, according to the secretary of metropolitan transport for São Paulo, Mr Alexandre Baldy.

The concessionaire will also modernise and introduce new telecommunication systems, update the 3kV dc overhead electrification and upgrade track. The Presidente Altino rolling stock yard will be renovated with CPTM’s maintenance activities moved to a new site. The ViaMobilidade Consortium will have to build its own Operational Control Centre (OCC), as the two lines are currently controlled by the CPTM OCC in Brás.

The state government, in turn, will complete the 4.5km Grajaú - Varginha extension of Line 9, building two new stations at Mendes-Vila Natal and Varginha. The government will also complete the construction of João Dias Station. The renovation of Morumbi and Santo Amaro stations will provide interchanges with Line 17-Gold and Line 5-Lilac, respectively.

The auction was expected to attract large private groups as the two lines carried more than a million daily passengers before the Covid-19 pandemic. The 31.8km Line 9 serves two municipalities with 18 stations, three of which are under construction. The 41km Line 8 serves six municipalities, with 22 stations.

CCR is the biggest private operator in São Paulo, and currently has concessions for lines 4-Yellow, 5-Lilac and 17-Gold.