VIENNA U-Bahn and tram operator Wiener Linien invited bids for two major tenders on June 18, one for new trains and the other for extensions to the U-Bahn network. 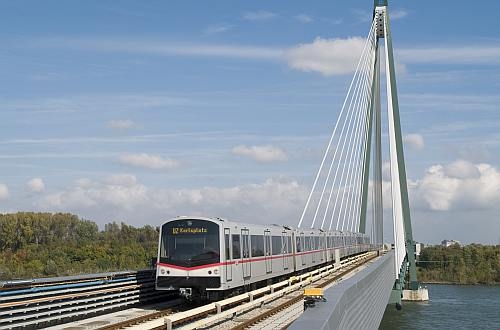 The train tender is for 34-45 six-car sets capable of either manual or automatic operation. The contract will include maintenance for 24 years.

Closing date for bids is July 31. The winner will be announced at the end of 2016 with the first trains scheduled for delivery in 2018-19. Wiener Linien intends to use 24 of the trains to replace older sets on lines U1 to U4 while the others will be used for metro extensions.

On the same day tenders were also published for the construction of extensions to the U-Bahn network which will split Line U2 in two, with the western section in the city becoming part of the new fully-automated Line U5. The projects comprise Line U2 Schottentor – Rathaus – Matzleinsdoferplatz and Line U5 Rathaus – Altes AKH.