THE European Investment Bank (EIB) has agreed to lend Warsaw Metro Zlotys 1bn ($US 313.5m) to support construction of the 6.7km central section of the new Line 2 which is currently being built between Ptocka and Szwedzka stations. 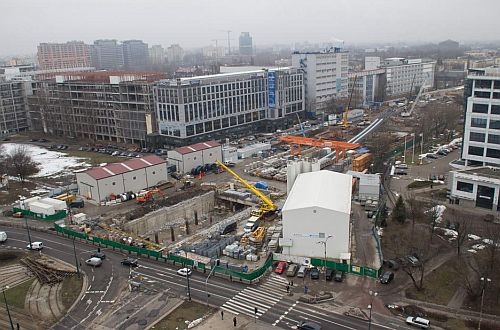 Work encompasses building seven stations, plus a 400m-long connecting tunnel to Line 1, while the loan will support the expansion of the existing Kabaty depot to cater for the additional rolling stock required for the new line, as well as installation of train control, telecommunication and fare collection systems. The project is due to be completed by 2014-15.

The EIB says the project is consistent with its objectives to support schemes that promote environmental sustainability by initiating a shift away from cars. The Warsaw project is expected to reduce CO2 emissions by 42,000 tonnes per year.

The EIB loan follows a similar €139m loan agreement signed in December 2012 to support the procurement of 35 new six-car metro trains for Warsaw. The city is the inaugural customer for Siemens' Inspiro platform after a consortium of Siemens and Newag, Poland, secured the €272m contract in February 2011. The first two of 15 new trains that will increase the frequency of services on Line 1 were delivered in December 2012 and are set to enter service next month. The remaining 20 sets will be used on Line 2 when it opens.