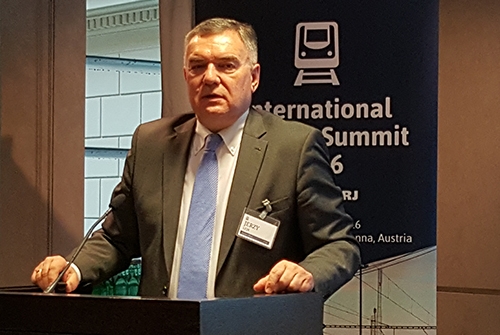 The entire project involves building underground extensions at each end of the east-west line in two phases. The first phase comprises a 3.44km three-station extension at the eastern end and adding 3.14km three-station section in the west. Work will start in June or July and will take 38 months to complete.

The second phase will add a further 2.14km and two stations at one end and 3km and three stations at the other. Lejk says a design company will appointed soon with a view to awarding a construction contract in 2017.

In addition, Warsaw Metro plans to invite bids in the second quarter of this year for 60 six-car trains. It plans to award the contract a year later with delivery to be completed by the end of 2022.