PERU's private investment agency Proinversión has announced that just one bidder now remains in the tender for the PPP contract to finance, build, operate, and maintain the second metro line in the capital Lima after two of the three prequalified consortia failed to submit viable bids. 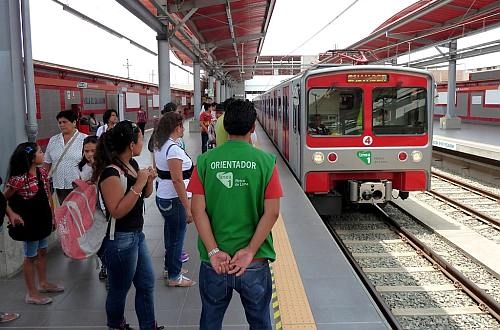 Proinversión says it expects to sign a contract on March 28 with Consorcio Nuevo Metro de Lima, a consortium of ACS Dragados and FCC, Spain, Salini Impreglio, Italy, AnsaldoBreda, Ansaldo STS and Cosapi, Peru. According to a press statement issued by the agency, the other two consortia reported that their proposals would not meet the $US 6.5bn cost stipulated in the feasibility study, meaning they were unable to present a viable economic offer.

The winning bidder will provide $US 1.2bn in financing in return for the 35-year concession to operate and maintain the line.

Proinversión says it is satisfied the tender has been conducted in a transparent and competitive way.

The 27km east-west underground line will connect the district of Ate Vitarte with the city centre and Callao on the Pacific coast. The new line is expected carry 644,000 passengers per day, including 24,000 per hour at peak times, and offer a journey time of 45 minutes.