Work starts on next section of Tapei’s Wanda Line 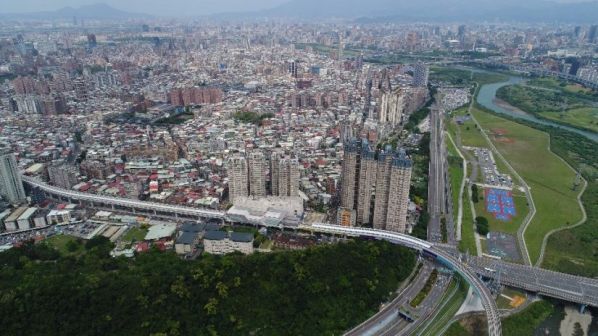 WORK is now underway to build 6.6km of elevated metro under Phase 2 of the Wanda Line project in Taipei, following a ground-breaking ceremony held at the Sanduolizhen Redevelopment Zone in the Shulin district of New Taipei.

Civil works are being executed by Far Eastern General Contractor of Taiwan, under contract CQ890 awarded for $NT 18bn ($US 550m) by the Second District Project Office of Taipei’s Department of Rapid Transit Systems (Dorts).

The Wanda Line runs for a total length of 22.8km and is being built in two phases. Phase 1 runs entirely underground for 9.5km from Chiang Kai-Shek Memorial Hall in the city centre southwest to the line’s rolling stock maintenance depot, serving nine stations.

Work on Phase I is 62% complete, according to Dorts, and it is expected to be finished at the end of 2025 and for operation to commence in mid-2026.

Phase 2 runs for 13.3km from the depot to Huilong station on the Xinzhuang Line, with 10.5km of the route elevated and 2.8km underground. It will serve two underground and 11 elevated stations.

Civil works on Phase 2 have been divided into two contracts, CQ880 where work began in July 2020 and CQ890 where work has now started. CQ890 covers the construction of seven elevated route sections totalling 6.6km in length, with eight elevated stations numbered LG14 to LG21.

Dorts says that contract CQ880 “has failed four times” due to “unfavourable external factors” such as the Covid-19 pandemic, labour shortages and rising costs. The department adds that it is re-examining overall project costs and its contracting strategy in hope of avoiding future difficulties.

Ko noted that the Wanda Line is being built in an area undergoing extensive development where transport demand is high. He noted that station LG21 at Huilong would in future provide interchange with both the Xinlu and Taoyuan lines.

Although tendering had been affected by the pandemic over the last to two years, Ko said that the city government was actively reviewing projects in order to continue the development of a comprehensive and convenient network and create a more liveable city.

The opening of the Wanda Line is expected to significantly reduce journey times for residents. Dorts says that passengers will be able to travel from Banshu Gymnasium (LG14) to Huilong (LG21) in 11 minutes compared with 35 minutes by bus.

The journey time from Banshu to Chiang Kai-Shek Memorial Hall (LG01) will be 27 minutes compared with 1h 15min by bus.