Work to start this month on Bangkok Purple Line extension 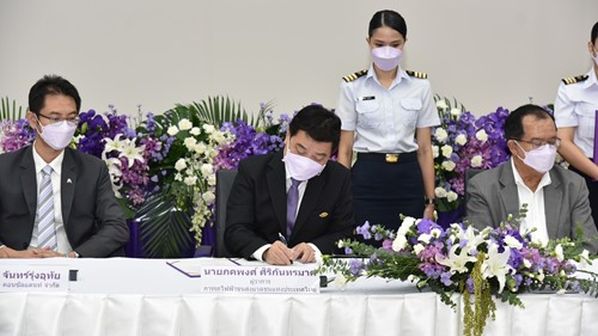 THE Mass Rapid Transit Authority of Thailand (MRTA) has signed three contracts for project management and construction supervision on the 23.6km southern extension of the Purple Line metro in Bangkok.

The six civil works contractors for the project have already received notice to proceed, and construction is expected to start later this month.

The extension runs from Tao Poon to Rat Burana, serving 17 underground and elevated stations, and is due to open in 2027. The total project cost is Baht 2.6bn ($US 75.4m).

The project management and construction supervision contracts have been awarded to three consortia:

MRTA says that it has been unable to appoint a project implementation consultant for the Purple Line extension, as “no proposals met the criteria.” A new procurement exercise will now be held for this contract.

The project management and construction supervision consultants are ready to start work immediately, says MRTA, aligning with the six civil works contractors who received notice to proceed on April 25.

The six civil works contracts for the Purple Line extension were awarded in March and are worth a total of Baht 82bn.

Contract 1 is worth Baht 19.4bn and covers design and construction of underground structures for 4.8km Tao Pun - National Library section, including cut and cover and bored tunnels and three underground stations. It has been awarded to the CKST-PL joint venture of CH Karnchang and Sino-Thai Engineering & Construction.

CKST-PL has also been awarded the Baht 15.9bn Contract 2, covering underground civil works on the 2.4km section between National Library and Phan Fa, including three underground stations and architectural works.

Contract 3 is worth Baht 15.1bn and covers underground civil works on the 3.1km Phan Fa - Memorial Bridge section, including two underground stations. The contractor is the ITD-NWR MRT joint venture of Italian-Thai Development and Nawarat Patanakarn.

Underground civil works on the 4.1km section between Memorial Bridge and Dao Khanong are to be undertaken under Contract 4, worth Baht 15bn. This includes transition structures, cut and cover tunnels, bored tunnels and two underground stations, to be built by Unique Engineering and Construction.

Civil works on the 9km elevated Dao Khanong - Khru Nai section are covered by Contract 5, worth Bhat 13.1bn and awarded to Italian-Thai Development. As well as viaducts and seven elevated stations, the contract includes four park and ride facilities near Bang Pakok and Rat Burana with capacity for 1920 vehicles, and a train stabling facility at Kanchanapisek Road.

Italian-Thai development had also been awarded Contract 6, worth Baht 3.6bn and covering trackwork from Tao Pun to Khru Na, including the conductor rail and other associated works.