The two-line network is due to open later this year. 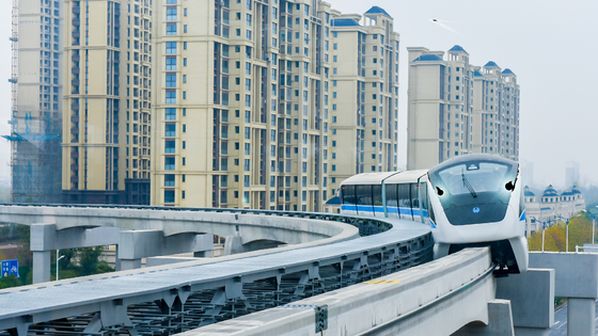 CRRC Puzhen Bombardier Transportation Systems (PBTS), a 50:50 joint venture between Alstom and CRRC, has been awarded a 27-year contract to maintain the new monorail system in Wuhu City, in China’s Anhui Province, which is due to open at the end of the year.

PBTS will be responsible for maintaining Wuhu Yunda Rail Transit Construction and Operation’s network, which includes the new 30.3km, 24 station Line 1 and the 16.5km, 12 station Line 2 Phase One.

PBTS was awarded a contract in 2017 to supply the Innovia Monorail 300 platform, along with a total of 240 cars. The contract comprises technical support and spare part supply as well as the labour and materials required to carry out corrective and preventive maintenance for the Innovia fleet, along with overhauls. PBTS will also maintain the system’s guideway switches and depot equipment.

For detailed data on rail projects in China, subscribe to IRJ Pro.