THE German city of Wuppertal reopened its unique Suspension Railway (Schwebebahn) on August 1 following the completion of infrastructure repair works. 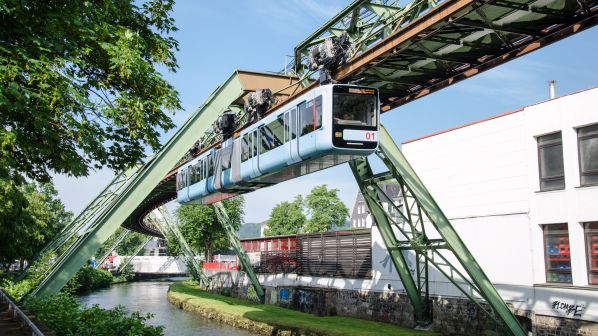 Wuppertal City Authority (WSW) suspended services on the 13.3km line from Oberbarmen to the city centre and Vohwinkel in November 2018 after power supply rails became loose and began breaking.

The entire system, which originally opened between 1901 and 1903, has now been overhauled and updated where necessary.

All services on the line are now operated by the new fleet of Stadler GTW2014 vehicles.

WSW had been undertaking extensive test running on the system with the new vehicles. Many of the old GTW72 cars have been sold on for a variety of new uses.

The 20-station line was used by 85,000 passengers daily before the closure.