A refurbished train entered service on the metro network in the Armenian capital Yerevan at the end of December, coinciding with the launch of 4G internet services on the 15km system. 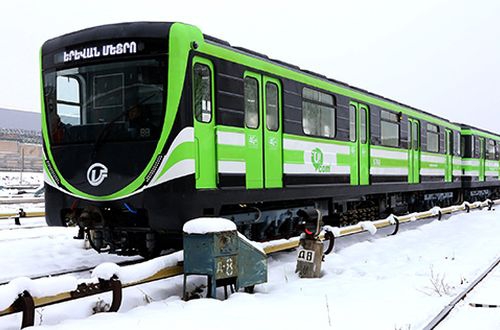 4G services are being offered on the metro by telecommunications provider Ucom, which has sponsored the interior and exterior refurbishment of a two-car Metrowagonmash type 81-717 metro train, which dates from the opening of the network in the early 1980s.

Ucom and Yerevan metro signed a co-operation agreement on December 28 pledging to deepen their cooperation in 2017.