Route from Termini to Tor Vergata is 13km long. 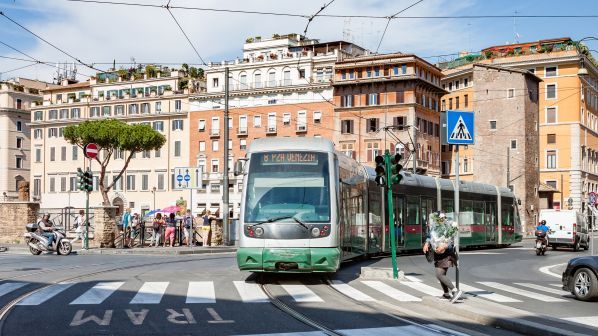 A light rail vehicle running through the streets of Rome - soon the planned Line G will expand the network to the east of the city.
Photo Credit: Shutterstock

ROME city council has announced that its project to build a 13km light rail route from Termini to Tor Vergata, known as Line G, can now proceed as the last administrative issues have been resolved.

Work on Line G is scheduled to start in 2023, and will involve the conversion of a local railway to light rail. Line G will be operated with a fleet of 22 new LRVs.

Control of the local railway from Termini station to Pantano Borghese in the eastern suburbs of Rome passed from the region to the city council in December 2021.

However, conversion of the route to light rail has been delayed by requirements to conduct archaeological investigations before the start of construction, between Termini and Porta Maggiore in central Rome and in Tor Vergata itself.

The new light rail route is intended to improve public transport provision in the eastern part of Rome, and the council says that it will serve over 500,000 inhabitants.

The project will also improve transport links to the University of Rome at Tor Vergata and will include redevelopment of the Via Antonio Ingegnoli.