AN agreement setting out transitional arrangements for liberalisation of the Finnish rail market was signed by representatives of incumbent train operator VR Group and the Ministry of Transport and Communications (LVM) in Helsinki on June 4. 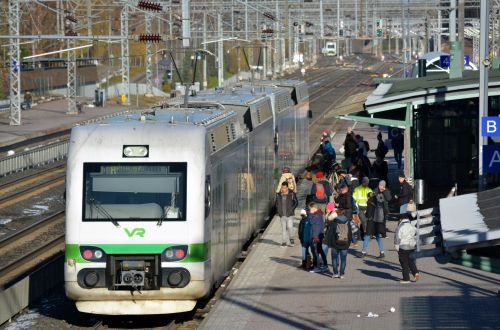 All Sm2 and Sm4 regional trains currently used on suburban and regional services in southern Finland, together with associated spare parts and specialist maintenance equipment, will be transferred to the new rolling stock company, which will also begin preparing for the acquisition of new trains.

VR Group property in the region, including station buildings, will be transferred to the real estate company.

All rolling stock and real estate affected by the changes will be leased back to VR Group until the transition to competitive tendering has been completed.

VR Group has also agreed to create a new rolling stock maintenance subsidiary, which will be run operationally and commercially as an independent business.

LVM says the measures are in line with the Cabinet Committee on Economic Policy’s April 2017 decision on market opening, and have been achieved within the agreed timescale.