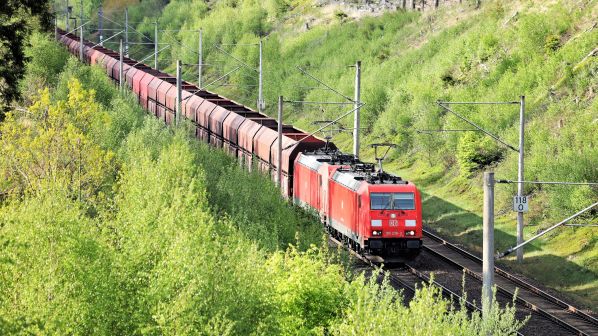 AN alliance of industry groups and associations have published a position paper calling for the second major reform of the German railway sector, which they say must include the introduction of an autonomous, independent federal infrastructure company.

The group says the current monopolistic structure is hindering modal shift to rail and that the concept of an integrated DB Group “no longer fits in the modern transport world.” It argues that the German government’s railway network must be operated in a customer and growth-oriented manner that does not make a profit and that holding structures and profit transfer agreements must become a thing of the past

Instead, priority should be given to conditions which favour the customer. This includes minimising as much as possible full line closures and extensive detours by developing a sustainable expansion and maintenance strategy and by ending discrimination in sales and distribution channels.

The position paper was published in Berlin on August 2 by AllRail, Bau Industrie, GDL, Network of European Railways (NEE), Mofair, The Alliance of Consumers and Pro Bahn Passenger. Both Mofair and NEE were highly critical of increases in access charges by DB Networks in the first half of 2021, which helped to partially mask first half losses by other parts of the business, notably DB Cargo, which has made a triple digit million euro loss in each of the last seven years.

The group also says that their demands align with the findings of the German Monopolies Commission report published last month.

Other demands made by the group include:

“No-one can explain why the federal government's new Autobahn-GmbH should not make a profit, but the infrastructure subsidiaries of the federally owned DB do,” says Mr Ludolf Kerkeling, NEE CEO and member of the board of Havelländische Railway. “The overdue Railway Reform II must reward performance on and for the railways. Railways must be customer- and growth-oriented as well as neutral service providers in infrastructure in order to provide fair competition between transport companies.”

“Rail travel must become easier and more attractive for consumers,” says Mr Klaus Müller, executive director of VZBZ. “The rail system has no future in its current form, but the state must maintain and expand the rail infrastructure in the long term. This is the basis for stronger and fairer competition on the railways, which promotes innovation and increases consumer satisfaction. Exactly the opposite is the case with the current monopoly position of DB. Rail will be fit for the future when the next federal government separates network and operations.”