The bill delivers on an election commitment to establish the authority. 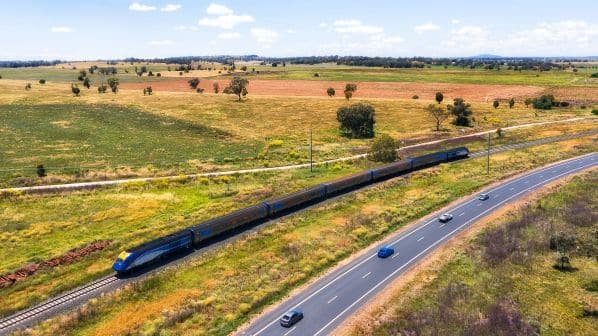 AUSTRALIA has moved closer to eventually building a high-speed rail network after both houses of the federal parliament passed legislation establishing a High-Speed Rail Authority.

The authority will provide independent advice on the policy and standards of high-speed rail and plan, identify and secure corridors. It will also oversee the construction and operation of the network, and coordinate the project with state and territory governments, industry, business and communities.

The authority will use and reference previous work on high-speed rail, including a study commissioned under the then infrastructure minister and now prime minister, Mr Anthony Albanese, that found high speed rail was not only viable, but would return more than $A 2 ($US 1.35) for every $A 1 of investment.

The passage of the bill delivers on the Australian government’s election commitment to establish the authority. Work will now start on planning to secure corridors and commence early works for the Sydney - Newcastle line as part of the government’s initial $A 500m commitment to the project.

While the authority works closely with the New South Wales government on this section, it will continue to advance plans for other sections of the high-speed network, which will eventually connect Brisbane to Melbourne with stops in Canberra, Sydney and regional centres.

The authority will be overseen by a board which will include experts from the rail and infrastructure sectors.

In addition, the functions of the National Faster Rail Agency, which was formed in 2019, will now fall within the authority and the Department of Infrastructure, Transport, Regional Development, Communications and the Arts.

The minister for infrastructure and transport, Ms Catherine King, said that after a delay of nearly 10 years when nothing was done to progress high-speed rail in Australia, that vision is now becoming a reality.

For detailed data on high-speed rail projects around the world, subscribe to IRJ Pro.