GERMANY’s decision to close its border with Austria, Switzerland, France and Denmark due to the coronavirus pandemic means that international passenger services to most of these countries have been cancelled. 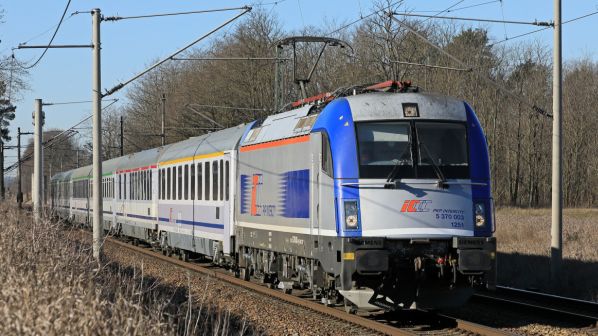 The Berlin - Warsaw EC service has been withdrawn due to the coronavirus pandemic.
Photo Credit: DB AG

This follows the decision last week by Poland and the Czech Republic to close their borders with neighbouring countries. As a result, the following long-distance services have been cancelled:

DB says it is currently working with the Federal Ministry of the Interior to reduce the frequency of high-speed services between Germany and France. These changes will come into effect on March 17.

Austrian Federal Railways’ (ÖBB) Nightjet services on the Munich - Salzburg - Villach - Italy route are only running as far as Villach in Austria, while Nightjet trains on the routes from Berlin and Hamburg to Vienna and Zürich have been cancelled.

ÖBB has also cancelled all passenger services crossing the border to Switzerland.

Slovenia has taken the unprecedented step of shutting down its entire passenger rail network.

DB says it is continuing to operate a full domestic long-distance timetable and will continue to run regional services unless individual German states or contractors decide otherwise. However, local cross-border services to Poland have been cancelled.

French National Railways (SNCF) says it is continuing to operate 80% of passenger services.

In Spain, Renfe is continuing to operate its normal suburban timetable in major cities. However, it is only operating 50% of its long-distance and high-speed services and is restricting the capacity of each coach to 30% to ensure a safe distance between passengers. All on-board catering has been withdrawn. Renfe has also decided to postpone the introduction of its new Avlo low-fare high-speed service which was scheduled for April 6.

Israel Railways has withdrawn passenger services on the following routes: Rishon Le-Zion Harishonim - Lod, Beit-Shemesh - Jerusalem Malkha, and Dimona - Beer-Sheva North/University. This was after 34 train crew were put into isolation after helping passengers who were infected by the coronavirus.