THE British government has issued a baseline guidance for domestic and cross-border operation following the end of the Brexit transition period on January 1 2021. 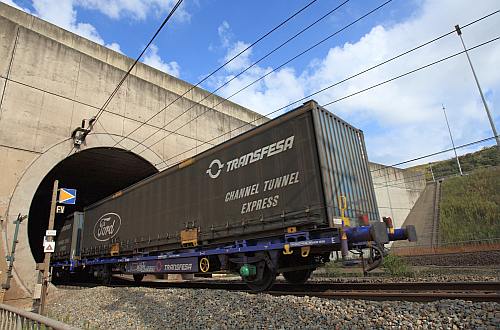 The guidance says the majority of individuals and operators already have the necessary documentation. However, it is important to check before the current rules on rail transport safety and technical standards, train driving and operator licences, safety certificates and safety authorisations, passenger rights and cross-border rail operations cease to apply after December 31 2020.

EU-based operators who have not already applied for British documentation will need to apply to the Office of Rail and Road (ORR) to run services in Britain.

The government says “robust and effective” contingency arrangements have been put in place to secure the continuation of services through the Channel Tunnel and on the Belfast - Dublin line, but warned that any future arrangements with France are only expected to deal with the Channel Tunnel itself and not with the routes beyond Calais-Fréthun into continental Europe. British operators and train drivers will then have to obtain additional licences and safety certificates to operate or work in the EU.

Britain’s formal participation in the EU Agency for Railways (ERA) ended on January 31, and the government says it is not seeking membership of the organisation. Instead, the guidance encourages Britain’s rail industry to continue to work with the ERA at technical and working levels, with the government intending to put in place appropriate arrangements for regulatory co-operation with ERA where necessary to secure the safety of international rail services.

“Stakeholders should be actively planning for this position with respect to the ERA and considering their options with ERA for engagement,” the guidance says. “Stakeholders should also be considering more broadly how best to use their full range of international relationships to influence debates around technical standards into the future.”

Licences issued by an EU country will be valid for operators in Britain until January 31 2022. EU-based operators with an EU operating licence wanting to run services in Britain will need to secure a licence from the ORR by then to continue operating.

After January 31 2022, operators with an EU operating licence will need to hold an ORR-issued licence to operate in Britain. Operators holding an ORR-issued licence that run domestic services in the EU will need to re-apply for an operator licence in an EU member state, with the new licence in place by January 1 2021. This is also the case for British operators seeking to run new domestic services in an EU member state.

Operators of cross-border services between Britain and the EU holding an ORR-issued licence will need to re-apply for an operator licence in an EU member state.

ORR-issued Part A and Part B safety certificates will still be valid for British-based domestic operators operating in Britain until their normal expiry.

Currently, EU-based operators running a domestic-only service in Britain, with a Part A safety certificate issued in the EU before January 31 2020, can use these certificates until January 31 2022 or until they expire - whichever is earlier.

Entities in charge of maintenance (ECM) that maintain vehicles in the EU on the basis of an ECM certificate issued in Britain will need to obtain a new ECM certificate from a certification body in an EU country.

Vehicles used in international traffic between Britain and the EU also have the option of obtaining a certificate under the convention concerning International Carriage by Rail (Cotif).

There will be no impact on the validity of train driving licences and certificates issued in Britain. Currently, train drivers working on services in Britain, including cross-border services, and using licences and certificates issued in the EU up to the January 31 2020, are able to drive trains on the basis of those licences until January 31 2022 or until they expire - whichever is earlier.

Proposed changes to regulations will allow train drivers working on services in Britain, including cross-border services, and using licences and certificates issued in the EU up to the January 31 2022, to use this documentation until January 31 2022.

From January 31 2022, train drivers working in Britain will need to have obtained a British train driving licence from the ORR to continue operating. The validity of train driving certificates is unaffected.

Train drivers operating international services or driving domestic services in an EU member state on the basis of an ORR-issued train driving licence will need to re-apply for a licence in an EU country, which will need to be in place by January 1 2021.

From January 1 2021 vehicles first authorised outside Britain will require an additional authorisation before they are first used in the country. The government says this should not cause disruption as additional vehicle authorisation is normally sought voluntarily to ensure compliance with Britain’s technical rules.