BRITAIN will seek to reduce the cost of operating its railway network by up to £3.5bn per year by the end of the decade under plans unveiled yesterday by the transport secretary Mrs Justine Greening. 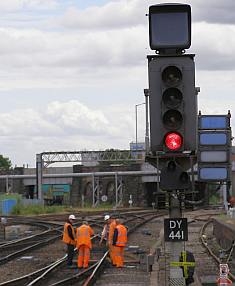 The command paper, entitled Reforming our Railways: Putting the Customer First is the government's response to the Sir Roy McNulty's Rail Value for Money study published last year, which identified inefficiencies of £2.5-3.5bn.

The government claims that despite steady growth in passenger numbers and freight volumes over the last 15 years, unit costs have not fallen and Britain's railways are among the most expensive in Europe. It wants to end above-inflation fare rises "at the earliest opportunity," and reduce the burden of the railways on the public finances as it seeks to reduce its structural deficit.

With much of the passenger network due to be refranchised over the next two years, the government sees an opportunity to reform the franchise system, and plans to give operators and local authorities, and regional transport bodies more power to influence the delivery of services.
The development of route alliances between train operating companies and infrastructure manager Network Rail is seen as key to achieving greater efficiency, and this process has already begun. The government hopes to encourage new ways of working by introducing incentive schemes for freight and passenger operators that will reward them for initiatives that improve efficiency.
The government is also planning a fares review as a prelude to the introduction of a national smart card and a more flexible fares system. This aims to make better use of existing capacity by encouraging passengers to travel outside of peak periods.
A full analysis of the command paper and the industry's response will appear in the April issue of IRJ.