BRITAIN’s secretary of state for transport, Mr Grant Shapps, told parliament on January 22 that while South Western Railway (SWR) is still meeting its financial commitments under its franchise agreement, contingency plans are being drawn up in case it fails. 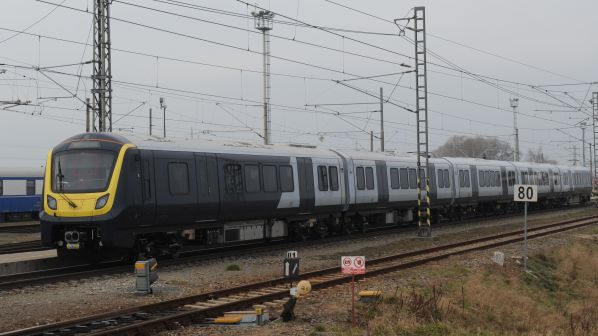 Shapps says options include replacing the franchise with a management contract or turning it over to the government’s Operator of Last Resort (OLR).

SWR, which is a joint venture of First Group (70%) and MTR (30%), operates commuter services out of London Waterloo as well as long-distance services to Southampton, Bournemouth, Weymouth and Exeter, and transports around 600,000 passengers per day.

SWR reported a loss of £137m in its financial results up to March 31 2019. Deloitte, which is SWR’s auditor, says there is “significant doubt” over the company’s ability to continue as a going concern.

The franchise has set aside £145.9m - the maximum unavoidable loss under the terms of franchise - for potential future losses. First and MTR are continuing to back SWR and have made £122m available for SWR to use in the next 12 months.

SWR took over the franchise in August 2017, but has suffered a series of strikes culminating in a 28-day strike in December, delays to the delivery of new EMUs and refurbishment of existing trains, and government-imposed deferment of the introduction of a new timetable.

“Across the country a number of franchises are failing to provide the reliable services that passengers require and there are legitimate questions on whether the current franchising model is viable,” Shapps says. “Keith Williams - who is leading an independent review into the railways - has already stated that franchising cannot continue in its current form. His review will propose sector-wide reforms which aim to put passengers at the heart of the railway.”

Once the Williams Review has been completed, the government intends to draw up legislation designed to reform the way passenger services are operated.