BRITAIN’s rail franchising system no longer meets the needs of passengers and should not be allowed to continue in its current form, according to Mr Keith Williams, chair of a major independent review into the industry. 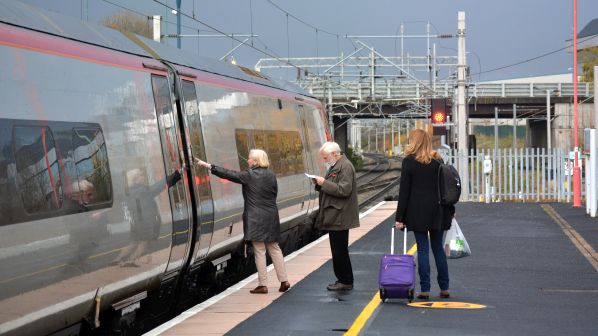 Delivering the annual George Bradshaw Address in London on February 26, the former British Airways chief executive said many industry stakeholders have told him the current model is no longer fit for purpose and lacks incentives to promote innovation at the rate expected by the railway’s customers.

“What worked 20 or 25 years ago no longer works today and will not work in the future,” Williams says. “That’s a huge concern in a fast-changing world.

“I have heard a great deal about the franchising model which has been one of the innovations of the railway since the 1990s - driving growth in passengers and benefits in services. But with this growth the needs of passengers have changed, whilst many of the basic elements of our rail system serving those needs has not kept pace. Too often the current system incentivises short term behaviours and inhibits reform.”

With passenger growth no longer a given and uncertainty around the economy, Williams says the time is right for reform.

“The reputational risk for franchises has increased whilst at the same time returns are less than expected in some areas,” he says. “These are hardly the conditions we need to develop a modern railway industry to attract future investment.

“Put bluntly franchising cannot continue in the way that it is today. It is no longer delivering clear benefits for either taxpayers or farepayers.

“The review will continue to examine what the best commercial model or models are for the future what they might be.”

Williams says he has not seen anything in his work on the Rail Review to indicate the industry has a common vision or the capability to make the railway truly customer-centric.

“I can see that worthy efforts to improve things for customers are all too often frustrated not because of lack of will but because no single organisation owns the problem, or is sufficiently incentivised to take responsibility to drive through change,” he says.

Williams highlights three perceived barriers, which the review will seek to address:

“It is no longer helpful or relevant to see the industry purely in terms of ownership, being state run or privatised, Williams says. “Rather, my role is to realign the different parts of this fragmented industry so they face the same way with shared incentives, with risks and rewards sitting in the right places. Always with a singular focus on the customer.”

In his speech, Williams advocates a move “towards more localised decision-making and integrated concessions, where those operating trains and managing infrastructure work together in genuine partnership.”

The Rail Review is due to conclude in the autumn, when recommended changes will be set out in a white paper.