ORR says comments on its role were misleading. 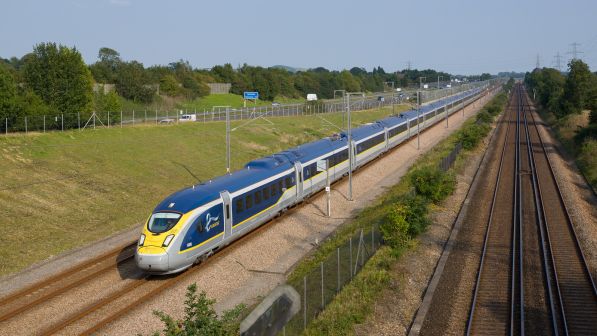 The Eurostar Group CEO’s claim that “process considerations” tabled by ORR meant that this initiative “has run into the sand” is, as Larkinson says in his letter to Damas, “a gross misrepresentation of the facts and also of the time and effort put in by ORR in good faith over a number of months.”

In a previous letter to Mr Huw Merriman, chair of the Commons Transport Committee, Damas said that Eurostar and its fellow high-speed passenger operator Southeastern had proposed to infrastructure manager HS1 Ltd “a measure to alleviate pressure on charges in the near-term using funds already in the system.”

One option considered in detail by ORR was a possible reduction in track access charges that it set during the last periodic review, just before the onset of the Covid-19 pandemic.

Larkinson says that such a change would require an amendment to HS1 Ltd's concession agreement with the secretary of state for transport, but that HS1 Ltd is not seeking to do so for several reasons.

Firstly, HS1 Ltd was unable to secure agreement from the Department for Transport (DfT) for it to be held harmless should it breach its general duty as set out in the concession agreement.

HS1 Ltd was also not seeking to amend the concession agreement for “reasons relating to its own internal governance arrangements,” Larkinson says.

In particular, HS1 Ltd sought a letter of comfort from the ORR that the shortfall in funding arising from a reduction in track access charges would not have to be funded by its shareholders.

“This was asking us to guarantee that the shortfall would be paid for wholly by train operators or taxpayers,” Larkinson says. “It would have been unlawful for us to agree to this, fettering our discretion on future decisions.”

In addition, HS1 Ltd has not received assurances from train operators that a reduction in track access charges would result in more trains using the high-speed line between London and the Channel Tunnel.

“As you have been copied into all of the correspondence between us and HS1 on this matter, you should be well aware of the above,” Larkinson informs Damas. “So, to say in your letter that action by ORR has caused this process to ‘run into the sand’ is a gross misrepresentation of the facts and also of the time and effort put in by ORR in good faith over a number of months.”