ACCORDING to Britain’s Samaritans charity around 15,000, or one in six British railway staff, is now trained to prevent people taking their lives on the railway, as part of a suicide prevention partnership between the Samaritans, Network Rail (NR), British Transport Police (BTP) and train operators. 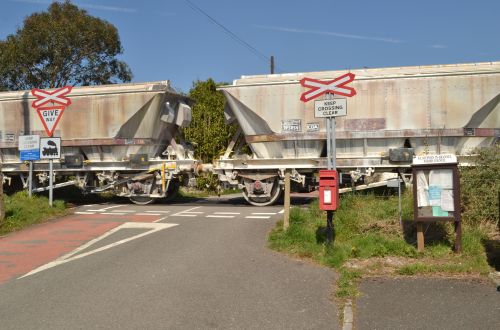 In the same period, suicides and suspected suicides on the rail network dropped from 253 to 237, the lowest annual figure since 2010. Railway suicides have fallen for the second year running, and by 18% in two years.

Samaritans provides two training courses for railway staff and BTP officers as part of the partnership. One teaches them how to identify and approach people who may be suicidal. The other is trauma support training, aimed at those who may be affected by a suicide on the railway.

“We are very pleased to see the reduction in suicides and suspected suicides and the increase in life-saving interventions for the second year in succession,” says Mr Mark Smith, National Suicide Prevention and Mental Health lead for British Transport Police. “One of our contributions is through the work of our suicide prevention and mental health teams, which have psychiatric nurses working alongside police officers and staff. These teams work with partners to help those people that come to the railway in mental health crisis or suicidal circumstances, access effective care pathways and get on the road to recovery. In the last year, these joint health and policing teams and our Community Safety Unit in Scotland, dealt with nearly 2000 cases, which includes 86 people who survived a suicide attempt on the railway with serious injuries.”

The Samaritans says that in Britain, suicide is the biggest killer of men under 50 and of men and women aged 20-34, with those from more deprived communities particularly vulnerable.