Reducing locomotive emissions by more than 38% part of ambitious plans. 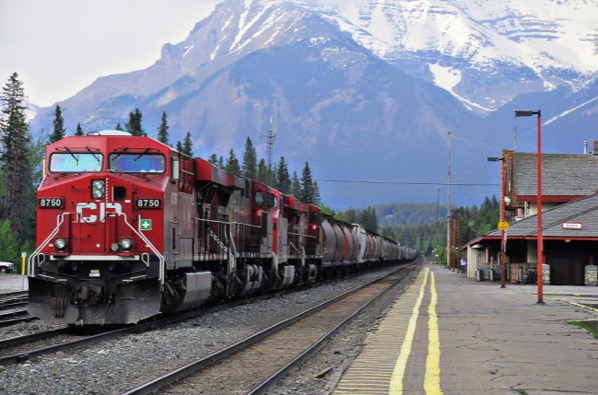 CANADIAN Pacific (CP) published its first comprehensive Climate Strategy on July 26 detailing a path to reduce greenhouse gas (GHG) emissions and how operations can be adapted to the physical risks of climate change.

The strategy follows the company’s Climate Change Commitment announced last year, and outlines the aim of driving innovative climate action and a measured response to

The strategy and supporting science-based emissions reduction targets have been developed in alignment with the goals of the Paris Agreement and the Pan-Canadian Framework on Clean Growth and Climate Change. These seek to limit global temperature increases to well below 2°C.

Already CP has installed a large solar farm at its Calgary corporate campus that can generate more power than consumed annually by the main headquarters building. The railway is also working on a hydrogen locomotive programme and is currently having a locomotive manufactured that will be powered by fuel cells and batteries.