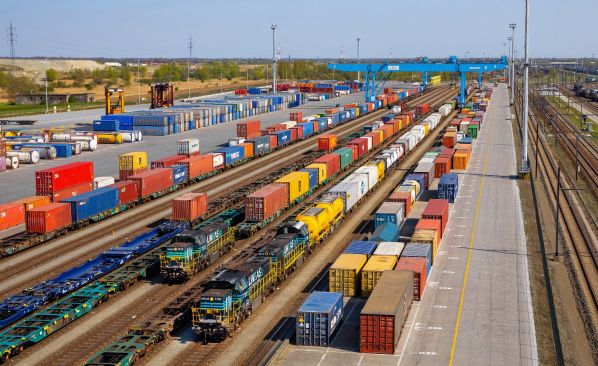 THE Community of European Railway and Infrastructure Companies (CER) launched its Future is Rail campaign on March 31, which shares the same objective as the European Union’s (EU) European Year of Rail launched on March 29 to encourage more people and companies to use rail.

Future is Rail is designed to build on the European Year of Rail to demonstrate how smart, connected and clean railways can help decarbonise transport in Europe while enabling sustainable economic recovery and growth. CER says the campaign will also help to achieve the EU’s target to double the number of rail passengers and ensure that at least 30% of freight moves by rail by 2030.

“Rail pollutes eight times less and emits nine times less CO2 than other modes per unit of traffic,” CER says. “It accounts for just 2% of EU transport energy consumption, while it carries 18% of freight and 8% of passengers. With four out of five trains already running on electricity and plans to phase out the remaining diesel trains by 2050 thanks to alternative fuels, the total decarbonisation of rail transport is within reach.

“The Future is Rail campaign is one of CER’s flagship initiatives to make the European Year of Rail as lively as possible. We are not alone in our efforts and already find great support from our partners in the European Commission (EC), European Parliament and the Portuguese presidency of the EU Council.

“We also thank the Dutch and Austrian governments for their role in establishing the International Rail Passenger Platform, which we are confident will inspire positive regulatory developments. Most recently a Joint Position Paper, signed so far by 16 EU member states, calls for the EC to launch an initiative in favour of rail freight operators to promote modal shift to clean transport - a plea which we wholeheartedly welcome and hope that many more member states will join.

“Lastly, we look forward to continue working with the upcoming Slovenian and then French presidency of the Council as we head into 2022.”

“Rail is ready to be at the centre of a fully decarbonised transport system in line with the European Green Deal,” says CER executive director Mr Alberto Mazzola. “Investment in rail is an investment in more mobility, more economic activity and more growth, but sustainably. Because rail is cleaner, smarter and makes us more connected, rail is the future.”