TRAIN services through the Channel Tunnel restarted on December 23 after the French government lifted a ban imposed on December 20 due to the rapid spread of a new strain of Covid-19 in England. 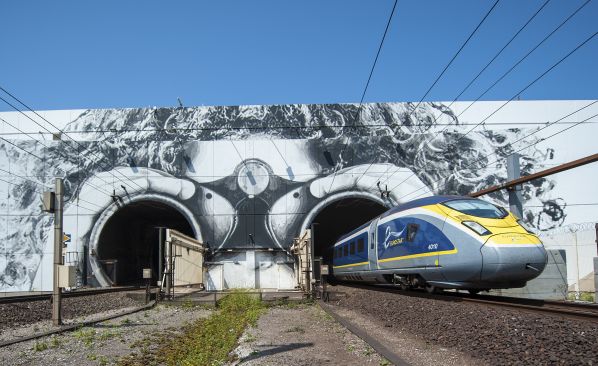 France, Belgium and the Netherlands introduced the ban on people travelling from the UK on December 20. All flights to Britain from these countries, plus ferries, Eurotunnel Shuttle services and Eurostar high-speed passenger trains were halted, leaving passengers and lorries stranded on both sides of the Channel. The French ban was limited to 48 hours in order for the government and the European Union to decide on how services could restart.

It was reported that almost 3000 lorries were blocked in Kent by December 22. Around 10,000 lorries a day normally travel between Dover and Calais in the run-up to Christmas. The UK government deployed NHS Test and Trace staff plus the army on December 23 to carry out tests on lorry drivers who would then receive a message on their mobile phones allowing them to leave Britain.

France said it would accept people from Britain provided they could give evidence of a PCR or antigen negative test for Covid-19 within 72 hours of travel.

The Netherlands also insisted on a negative PCR result and limited passengers to essential travel. Belgium announced it would accept only Belgian residents travelling home from December 23 to 31.

Widespread reports that the Channel Tunnel was completely closed during this period were incorrect as DB Cargo was able to operate its through freight services, such as the Dagenham - Valencia container train, as normal. DB Cargo moves trains through the Channel Tunnel using its class 92 electric locomotives operated by drivers based in England. The only change to normal practice was that crews had to remain in the locomotive during a layover in France and return to England as quickly as possible.