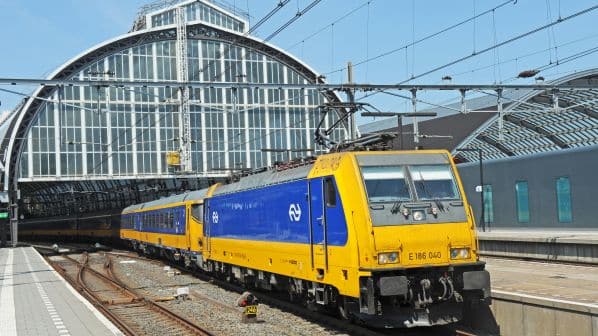 THE Court of Justice in The Hague has ruled that the Dutch government can continue the process to directly award Netherlands Railways (NS) the 10-year Main Line Network concession, covering 95% of total rail passenger-km in the Netherlands including inter-city and international services.

FNM sought an immediate end to the process before it became irrevocable, on the grounds that the concession was being awarded without carrying out market testing to determine which services can be operated commercially, as required by EU law regarding PSO contracts.

In dismissing FNM’s claim, the court said that it could not be supposed with sufficient likeliness that the intended granting of the concession would breach EU law or other legislations and regulations.

The court considers that the EU’s Fourth Railway Package does make provision for the direct award of PSO contracts or concessions, but subject to more restrictions and conditions than under previous legislation.

Dutch minister of the environment, Ms Vivianne Heijnan, intends to award the 10-year Main Line Network concession to NS before December 24 2023. This is the end of the transition period when EU member states are still allowed to make direct awards of contracts under 10 years in duration.

The current Main Line Network concession held by NS expires on December 31 2024, and by terminating it early and directly awarding a new concession the Dutch government hopes to circumvent the new regulations.

The court also pointed out that FNM has already brought a civil lawsuit against the Ministry of Infrastructure over the direct award, and that when the outcome of this case is known there will still be sufficient time to conduct market testing and alter the process for awarding the concession.

Moreover, the urgent case contains matters of EU law which can only be addressed by the European Court of Justice, to which the civil lawsuit brought by FNM has already been referred by the Dutch Civil Court in The Hague.

The European Commission is closely following the matter and has warned Heijnan that awarding the concession without undertaking market testing would entail “a serious risk of breaching European Union law”.

FMN has received support from the Alliance of Rail New Entrants in Europe (AllRail), and operators from outside the Netherlands including FlixBus, Snältaget and Westbahn Management.

Domestic support has come from Arriva Nederland, which is launching its own open-access services on the national network, including night services from Maastricht to Amsterdam and Schiphol Airport, to be followed by Groningen - Schiphol from early 2023.

Arriva Nederland has also applied to operate open-access passenger services on the Leeuwarden - Zwolle and Groningen - Zwolle routes from January 2025.