THE Czech Republic's minister of transport Ing Antonín Prachař has resigned following intense criticism of his handling of a highway project and controversial management changes at national road and railway organisations. 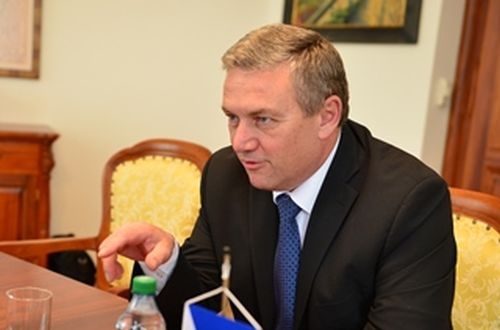 Regarding rail transport, on November 10 Prachař dismissed the CEO of Czech Railways (CD) Mr Daniel Kurucz, who had only been in the job for nine months. He also recently appointed a new board of directors at ČD Cargo and made changes to the top management of the Czech Railway Safety Authority (DÚ).

On November 11, Prachař announced further management changes at DÚ by appointing Mr Oldřich Mazanek, the previous CEO of ČD Cargo, as general director, to replace Mr Roman Šigut. However, it is not clear whether the appointment will be implemented as there is considerable opposition to it.

The ministry also issued a press release on November 11 regarding errors it discovered during an inspection of the Railway Inspectorate (UI) between September 8 and October 8, the most serious of which may lead to a fine and further legal action because of "a serious breach of duty."

Prachař is to be succeeded as transport minister by Mr Dan Ťok, a former director of construction company Skanska. This appointment is also controversial because of a potential conflict of interest, as Skanska is one of the largest constructors of roads in the Czech Republic having won the most public construction contracts this year.