THE International Union of Railway (UIC) has named Mr François Davenne as its new director general while Mr Renato Mazzoncini, CEO of Italian state Railways (FS), has accepted an offer to continue as UIC chairman for another two years. 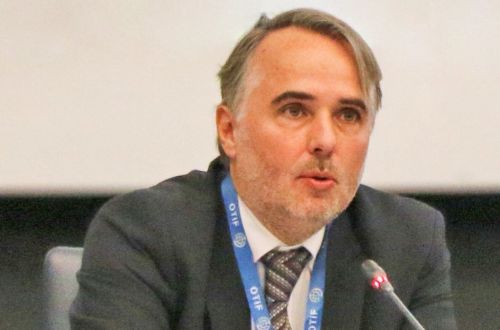 The appointments were made during the UIC’s 92nd general assembly, which was held in Madrid on July 4. “We have to shift our paradigm,” Davenne told UIC members at the assembly. “I’m truly convinced that the UIC is the right place to propose a new vision for the railways.”

Davenne has been secretary general of the Intergovernmental Organisation for International Carriage by Rail (Otif) since 2013. Prior to this he was responsible for railway safety and regulations with the French Ministry of Transport. Davenne is a graduate of the Ecole Nationale Supérieure des Télécommunications in Evry and the Ecole Nationale d’Administration.