THE New Zealand government has released the first draft of the New Zealand Rail Plan, which outlines changes to the way the country’s network is managed and funded. 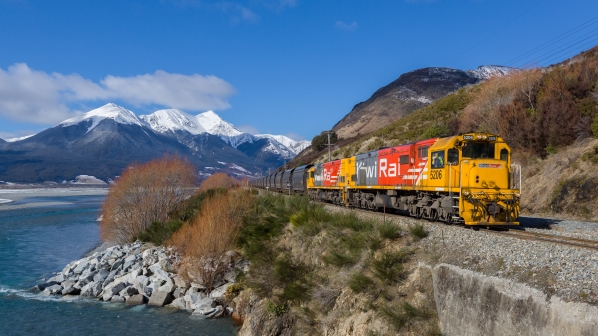 The government intends to establish a new planning and funding framework under the Land Transport Management Act (LTMA), which will enable a long-term strategy for the network to be developed. Rail investment has previously been made on a year-by-year basis, but the government says this is not suitable for long-life infrastructure assets such as rail.

The plan has been produced as part of the ongoing Future of Rail Review, which found that parts of the network were facing a “state of managed decline.”

Under the proposed changes, national operator KiwiRail will be required to develop a three-year investment programme for the network, with the Rail Network Investment Programme (RNIP) to also include a 10-year forecast.

Rail funding will be channelled through the future National Land Transport Fund (NLTF), track users and the government, meaning rail will be funded on the same basis as other land transport modes. This funding will be spent on continuous programmes of maintenance, renewal and management of the network with additional improvement projects considered where an investment case is demonstrated.

Auckland and Wellington commuter services will continue to be supported by a number of funding sources, including passenger and council contributions and funding through the NLTF.

The key priorities for investment over the next decade include:

While the plan does not include a funding commitment for the projects, the government says it does signal its commitment to rail in future funding decisions.

The government will be seeking feedback on the draft plan as part of the consultation on the draft Government Position Statement for transport 2021 (GPS 2021), which will take place in the first half of 2020. The government is also continue to work on the Future of Rail Review, to support the plan.

The final plan will be published alongside the finalised GPS 2021 in the second half of 2020, with the plan updated in future to reflect changes in investment priorities.

New Zealand’s 1067mm-gauge network consists of 3700km of track, with more than 1300 bridges and almost 100 tunnels. The network links most major cities, ports and freight hubs around the country, with the networks in the North and South Islands connected by the Cook Strait ferries.